Members of the Canadian County Sheriff’s Office assembled on Thursday, May 21st to honor the memory and service of K9 Deputy,  “Gunner.”  Gunner was 12 1/2 years old at the time of his death and served the Sheriff’s Office well for approximately 8 years before being retired from service. Gunner began his career with the Sheriff’s Office in June 2009 and retired from official service in February 2017. Gunner was assigned to the Criminal Interdiction Division where he worked as a drug detector canine.  During his time working at the sheriff’s office Gunner was responsible for the detection of many illegal drug loads being transported cross country on Interstate 40.  Numerous members of the Sheriff’s Office came together on Thursday to remember and honor Gunner’s service to Canadian County.

After retirement, Gunner was signed over to his handler, Lieutenant Jason Glass, and spent his remaining years being loved by Glass and his family.

“These animals perform a very important mission assisting law enforcement, and are considered family by the handlers and others who have the chance to work alongside them.  Gunner was a great asset to the Sheriff’s Office, and I know he’ll be sorely missed,” said Chris West, Canadian County Sheriff.

PHOTO:  File photo of Lieutenant Glass and Gunner after a drug bust (marijuana) on Interstate 40 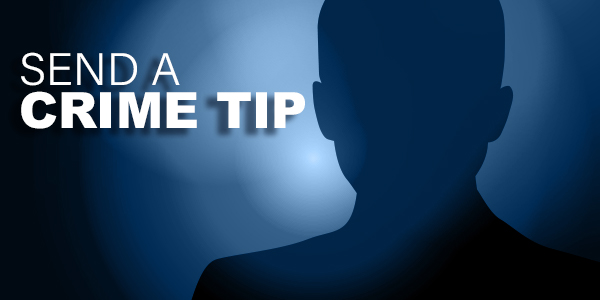 9/23/2020 - Canadian County Sheriff Chris West announced earlier this summer that he was forming a Sheriff’s Posse, and developed a link on his office website to take applications.  Within the first 24 hours his office received over 500 online applications, many of which lived outside of Canadian County, and some from people even outside of Oklahoma.  Since that time, West and his staff have worked through the applications, trimming it down to only Canadian County residents.  Those people were recently sent an Email from the sheriff’s office containing a registration link to attend one of five Citizen Posse orientation training sessions.

8/24/2020 - On Friday August 21, 2020 investigators of the Canadian County Sheriff’s Office arrested Jack Reed, 39, of Piedmont for possession of child pornography. A tip was referred to Canadian County Sheriff’s Office by the Oklahoma State Bureau of Investigation’s Internet Crimes Against Children Unit regarding Reed possessing contraband images of children. This tip originated from Dropbox administrators when they conducted an audit of Reed’s account and found over 30 images and videos of child pornography. The images and videos were of children both male and female under the ages of 10 engaged in sexual abuse with adults.

8/17/2020 - On August 15, 2020 investigators with the Canadian County Sheriff’s Office arrested James Visotski, a 35-year-old truck driver from Stuart, Oklahoma, for attempting to pick up a fourteen-year-old female at the Flying J truck stop in Canadian County for the purposes of having sexual intercourse.  The investigation began in May, 2020 when Visotski reached out on social media to an undercover deputy, believing she was a fourteen-year-old female living in Canadian County.  Visotski developed dialogue with the girl,  and then made and carried out plans to travel to Canadian County and pick up the under aged girl.  Visotski’s intentions were to take the girl on a three month cross country road trip, where he could have sex with the under aged female all across the country.